Over the past several decades, the area of unincorporated Lexington County along the St. Andrews Road corridor has gone through several identities: at first, the area was known as “Whitehall,” and was named after one of the original residential developments located in the center of the area. As time passed, the Town of Irmo developed to the north, and the area along the St. Andrews corridor began to lose its identity. Therefore, it was an important aspect of the study to rebrand the area as a district with defined boundaries and to provide it with a distinct name: 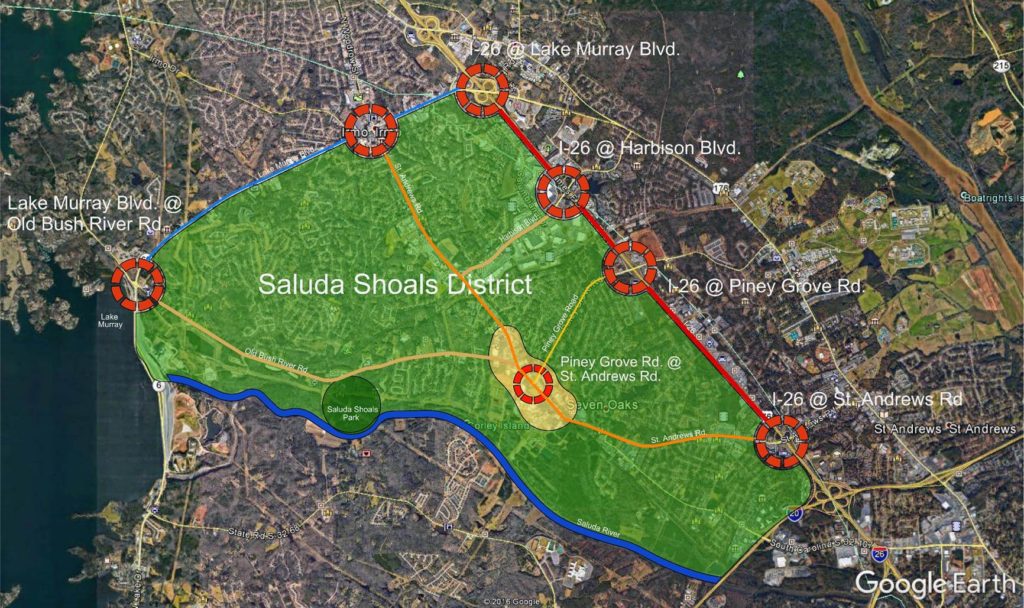 The boundaries of the Lower Saluda Greenway District are defined by several important landmarks: the Saluda River as the Western boundary; Interstate 26 to the East; Interstate 20 as the South Boundary; and Lake Murray Boulevard to the North, with St. Andrews Road being the connecting spine in the center of the district.